These summer months are a treasure trove of feast days including July 26 when we celebrate the lives of Sts. Anne and Joachim — mother and father to Mary, and grandmother and grandfather to Jesus.

Not much is known about these patron saints of grandmothers and grandfathers, but in a recent book entitled God’s Grandmother: Saint Anne by Dr. Brian Kiczek, he talks about a special healing he believes his daughter received through St. Anne’s intercession and examines what we do know about this remarkable woman.

Dr. Kiczek has always had a devotion to St. Anne, although much is not known about her. He first became acquainted with her life after reading Good Saint Anne. From there he went to the visions of Blessed Ann Catherine Emmerich. Her “visions had a tremendous amount of details about her life, ones that have never been recorded anywhere else,” said Dr. Kiczek. In The Life of the Blessed Virgin Mary: From the Visions of Venerable Anne Catherine Emmerich, the mystic recounts in detail the moment when an angel appeared to St. Anne, promising a child:

“In the moment when the light of the angel had enveloped Anna in grace, I saw a radiance under her heart and recognized in her the chosen Mother, the illuminated vessel of the grace that was at hand. What I saw in her I can only describe by saying that I recognized in her the cradle and tabernacle of the holy child she was to conceive and preserve; a mother blessed indeed. I saw that by God's grace Anna was able to bear fruit.”

For years, St. Anne struggled to have a child with her husband, St.Joachim. It is from this agony of waiting that many women struggling with infertility pray to St. Anne for her intercession, as Dr. Kiczek explains:

“St. Anne married her good husband St. Joachim and together they were planning on raising a holy family close to God. Well their plans were put on hold for almost twenty years and through those years they never lost their faith, continuing to pray for what they knew would take a great miracle. They never dreamed how great a miracle their child would be and that they were to become the parents of the Holy Mother of God Mary! After so much suffering, waiting for the wonderful child, they had both made a vow to dedicate their child to the Lord when Mary was three years old. Well that was a tremendous sacrifice as they loved their daughter like no other parents did and to make that sacrifice would have killed St. Anne if God did not give her the grace to live.”

“I went there about 13 years ago to thank St. Anne for healing my daughter Sarah who had a small inward turn of her leg that could have made her have difficulty walking as she grew up. She was healed through St. Anne’s intercession and we took the brace to place it on the pillar which has crutches and canes too numerous to count. We added our daughter’s brace that she would never need anymore. My book has a whole chapter about this wonderful place and will hopefully motivate everyone to go there and obtain graces too numerous to count. As Marie de l'Incarnation said of the shrine: ‘There, the paralytics walk, the blind can see, and the sick are healed of every kind of illness.’” 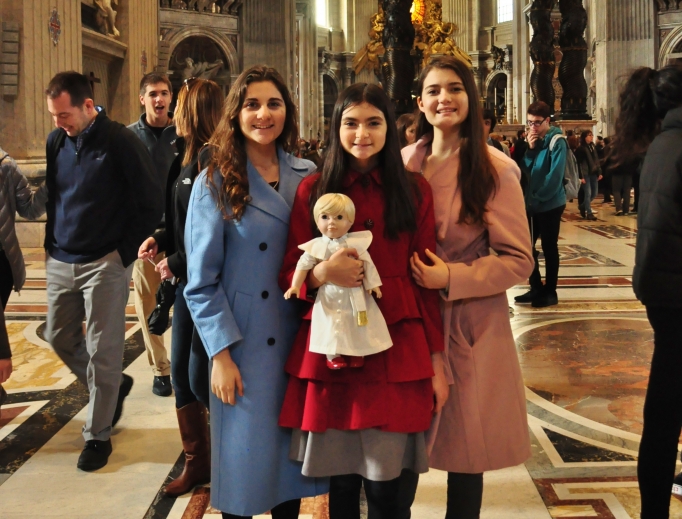 This isn’t the only devotion to St. Anne; many take part in novenas, pilgrimages, and special prayers to this patron saint of grandmothers. In New Jersey, the entire weekend is devoted to St. Anne’s festival in Hoboken, and Dr. Kiczek, a native to the Garden State, has witnessed the festivities.

“I went a few years back and had a wonderful time. Could be one of the most classic festivals in our area. They had a beautiful prayer booth that had many intentions added to it and was able to pray in her church. Also amazing Zeppolies!”

After the healing of his daughter and his constant prayers for St. Anne’s intercession for helping to pay tuition bills for his two daughters who are now in college, Dr. Kiczek began his own devotion to the mother of Mary. Called The Grandchildren of Saint Anne, it was formed to have everyone adopt St. Anne as grandmother:

“Devotion to St. Anne is second only to devotion to St. Joseph and Our Lady among faithful Catholics since the beginning of the Church. Our Lady herself told one of her servants to add to her daily Rosary, One Our Father and One Hail Mary in honor of St. Anne, Our Lady’s holy mother. She also said, ‘Those who honor St. Anne will obtain great aid in every need, especially at the hour of death.’ Our Lady also said to another, ‘The honor you show to my mother is doubly dear and pleasing to me.’

“Our Lady appeared to a hermit who was filled with bitter anguish of spirit and prayed to her for help, Our Lady said, ‘Since you are lovingly devoted to me, I will take away all your grief and sorrow of soul, but I admonish you to venerate and praise my dear mother also, if you desire great graces from me. I am highly pleased with the affection accorded to my beloved mother. Know too, that my Son, Jesus, has promised to deliver from misfortune all who honor my mother and to assist them in attaining eternal glory. My son, practice this devotion and make it known.’”

In getting to know St. Anne, Dr. Kiczek has learned a great deal about the need for perseverance and prayer in our Catholic faith, and the path is not easy.

“One of the things that surprised me was how many difficulties St. Anne and Joachim had to go through. Somehow I feel like those that are special to God, like the parents of Mary, should have an easier life somehow. No, their life was one problem after the other. The Devil himself tried to wreck their house and without the Holy Angels stopping him, he would have destroyed their house. God protects us all but through a fire of trials and difficulties.”

The road to sainthood comes with much suffering, as St. Frances de Sales reminds us: “All the science of the saints is included in these two things: To do, and to suffer. And whoever had done these two things best, has made himself most saintly.”

For this reason, an entire chapter of God’s Grandmother: Saint Anne is devoted to prayer. As Dr. Kiczek points out, our lives would mean nothing without this communion with God and his saints:

“Through prayer, we will obtain all things we need in this life and the next. Without prayer, we will slowly lose everything in this life and in the next. Hell and Heaven start here with prayer. As St. Alphonsus Ligouri said, ‘He who prays is certainly saved. He who prays not is certainly damned. All the blessed (except infants) have been saved by prayer. All the damned have been lost through not praying; if they had prayed, they would not have been lost. And this is, and will be, their greatest torment in hell, to think how easily they might have been saved, only by asking God for his grace; but that now it is too late — the time of prayer is over.’”

Dr. Kiczek devoted a great deal of time to writing this new book amid his other apostolates including The Power of the Rosary and Dolls from Heaven — not to mention his job as a chiropractor. Spurned by his love of Mary and the Rosary, Dr. Kiczek gives us insight into the mother of our dear Jesus, and challenges us to live in a state of grace. He mentions five steps any reader of any age can use in this call to sainthood:

“My favorite chapter in the book examines how St. Vincent Ferrer shows us all how St. Anne obtained the grace to become a mother. These five steps any of us can use from children all the way to the very oldest: devout prayers, giving alms, fasting, vows or promises, and hoping firmly with patience. This is one of my favorite quotes in the book: ‘Patience is better than prayers, alms, fasting or promises. Now think about it, for if you will to have patience in injuries or events, this virtue counts more with God for getting that which you need in this world, and salvation in the other, than anything else.’”

St. Anne, most notably known as the patron saint of grandmothers, is also the patroness of sailors, miners and teachers. Dr. Kiczek notes that this must be when one considers who her first student was: “The picture of St. Anne is always showing her teaching Mary the Scriptures, so that is why she is so valuable to teachers of all kinds. She taught the Mother of God to love, to pray and to grow in wisdom every day!”

St. Anne, Grandmother of Jesus, Pray for us! 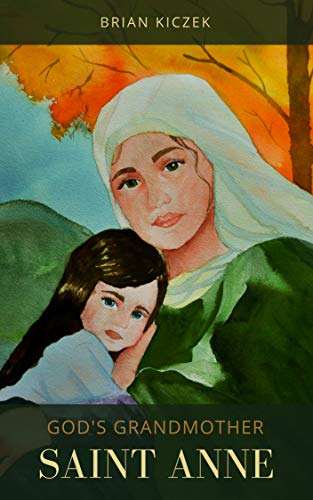 Alyssa Murphy Alyssa Murphy is the Register's Managing Editor of Digital Assets. Starting her career on the airwaves in San Francisco, she has worked in all facets of media. Alyssa enjoys writing and covering stories that inspire and uplift. Register readers may be familiar with her voice from EWTN radio's Morning Glory. Alyssa currently lives in New Jersey just outside Manhattan with her husband Andrew and young daughter, Annabelle.

St. Anne Is Our Grandmother In Heaven

Devotion to Saint Anne, honored as the holy mother of Mary and grandmother of Jesus, was popular among early Christians.

A Visit to the Shrine of St. Anne for All Mothers

The New Brunswick rules apply to those 12 and older seeking to attend “indoor organized gatherings,” including weddings, funerals, conferences, workshops and parties, excepting parties at a private dwelling.

A New Pro-Life Saint? This Italian Mother Sacrificed Her Life for Her Unborn Baby

“The Lord wanted your birth despite all the problems there were… when we found out about you, we loved you and wanted you with all our heart.”

Pope Francis: The True Measure of Success is What You Give, Not What You Have

Thomas, only the second Black Supreme Court justice, delivered the Tocqueville Lecture at the invitation of the Center for Citizenship and Constitutional Government.

Will the Blood of St. Januarius Turn to Liquid This Sunday?

At Work, Play and Prayer in the Fields of the Lord