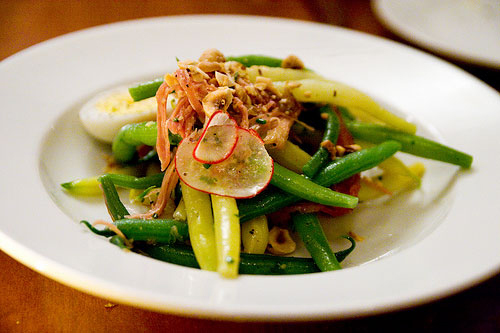 Every year a bunch of questions come up concerning Lent and the details of the laws governing it. Sometimes these rules are misstated or not clearly stated in various places on the web, so let’s look at what the Church’s official documents say regarding the practice of fast and abstinence on Ash Wednesday.

Before we do that, though, let me offer a few notes of caution:

1) The Church’s laws regarding fast and abstinence today are very mild. As such, they are minimums. One can go beyond what they require and observe a stricter form of penitence, though one is not legally required to do so.

2) There are ways of technically staying within the letter of the law while violating its spirit—e.g., avoiding meat but having a lavish seafood feast. These should be avoided. We want to keep both the letter and the spirit of the law.

3) The Church does not mean us to hurt ourselves by observing penitential practices, and there are a number of exceptions to the law of fast in particular. Anyone who has a medical condition that would conflict with fasting is not obliged to observe it. For example, someone with diabetes, someone who has been put on a special diet by a doctor, someone with acid reflux disease who needs to keep food in the stomach to avoid acid buildup.

Now let’s look at the law.

Ash Wednesday is a day of abstinence and fast. According to Pope Paul VI’s constitution Paenitemini:

III. 1. The law of abstinence forbids the use of meat, but not of eggs, the products of milk or condiments made of animal fat.

2. The law of fasting allows only one full meal a day, but does not prohibit taking some food in the morning and evening, observing—as far as quantity and quality are concerned—approved local custom.

Something to note about the law of fast is that while it acknowledges one full meal, it does not further specify the quantity of “some food” that can be consumed in the morning and evening. You sometime hear or read about “two smaller meals as long as they don’t add up to another full meal” but this is not what the law says. It just says “some food.” That is certainly something less than a full meal, but the Church does not intend people to scruple about precisely amounts. (Also, the “doesn’t add up to another full meal” rule is very difficult to apply since people eat meals of different sizes during the day and the “size” of a meal can be measured in more than one way; e.g., calories vs. volume.)

The law does provide that approved local custom can regulate the quantity and quality of this food, but the U.S. bishops have not established a complementary norm regulating this. Nor has any U.S. bishop bound his subjects in this respect, to my knowledge. (Your mileage may vary.)

Now: Who is bound to abstain and fast? Here the governing document is the 1983 Code of Canon Law:

Not so with the law of fasting. “Those who have attained their majority” refers to those who have had their eighteenth birthday, and “the beginning of their sixtieth year” occurs when one turns fifty-nine (the sixtieth year is the one preceding one’s sixtieth birthday, the same way the first year precedes the first birthday). The law of fast thus binds from one’s eighteenth birthday to one’s fifty-ninth—unless a medical condition intervenes.

What about those who are too young to be subject to these requirements? Here Paenitemini states:

As regards those of a lesser age, pastors of souls and parents should see to it with particular care that they are educated to a true sense of penitence.

As noted, these are legal minimums, and one certainly can do more.