It Is Good To Be A Lesbian

It is not every day that a celebrity does something incredibly selfish and stupid that endangers the lives of others and then is celebrated for it.

Ok. You are right. It is every day.

Thought experiment. Imagine a certain celebrity gets into a public drunken fight with a girlfriend, storms out of the restaurant and while massively inebriated drives a car into some some poor undeserving chap. Imagine the fallout from a certain male celebrity with some defective variant of Christian belief executing the above tomfoolery. The media would be equally relentless and vicious. N'est-ce pas?

Now imagine that the perp is not a drunk with some Christian leanings but something else entirely.

Imagine for a moment that our perp is a popular lesbian. What might the coverage be then?

This is, of course, no hypothetical exercise.

Recently, a prominent lesbian had a fight with her "partner" and got into a car under the serious influence of alcohol and crashed her car into someone. And she was not a little drunk, she was a lot drunk testing over twice the legal limit.

So what is the coverage of this heinous and irresponsible act? To sum up, "Isn't she lovely?"

The media is not obsessed over her selfish and dangerous behavior. No. What are we to take away from this teachable moment?

"Doesn't she have a lovely mugshot?" 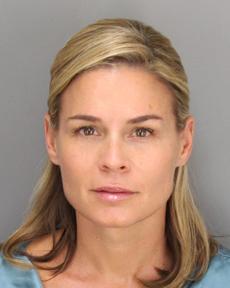 "Cat Cora poses for pretty mugshot photo"
‎
Cat Cora Mugshot: Chef Strikes Pretty Pose After DUI Arrest ...
‎
As I have long suspected, it is good to be drunk, it is good to drive, and it is good to be a lesbian. But I never knew until now how good it is to be all three.

Takeaway. It is ok to be a selfish out-of-control drunk as long as you are the right kind of people.

Democrats Invite Pro-Abortion Guests to State of the Union

Abortion advocates and doctors who perform abortions are some of the guests invited to the event this evening.

After Devastating Earthquake in Turkey and Syria, Catholic Aid Agencies Mobilize to Help

In Syria, many cities and towns with a significant Christian population, such as Aleppo, Homs, Lattakia, and Hama, suffered major damage.

Judge Tim Fennessy of Spokane County Superior Court agreed with Planned Parenthood’s evidence that the church held 22 services in violation of state law and fined the church $5,000 for each day of a violation.