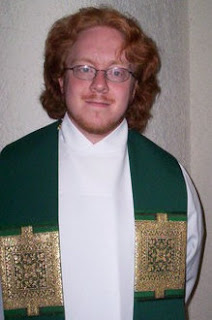 We’ve all heard Christians argue that while their religion might say abortion is wrong, they can’t force their religion on others. That’s the out they give themselves. But Reverend Matthew Westfox of the Religious Coalition for Reproductive Choice goes one step further by actually twisting one of Jesus’ parables into a pro-abortion defense. He did so in an article on his reflections on Easter.

According to Live Action , Westfox wrote:

A pro-life stance cannot concern itself only with the life of the woman. In the parable of the sower, Jesus reminds us that seed alone does not bring about new life — that all aspects of the conditions into which the seed are cast must be suitable to sustain life. If there is not enough light or too many weeds or other circumstances that make the ground unfit, the seed will not grow. The story reminds us that respecting and honoring life means doing all we can to create the conditions that will allow life to flourish — while at the same time respecting and accepting that some conditions are not suitable to sustaining life. We do no service by trying to force life into places where the ground is not right.

Similarly, living out a pro-life theology means ensuring that those who want to create new life or parent a child never feel they cannot because the ground they stand upon is not suitable. It also means that no one should ever be coerced into bringing new life into a situation they do not believe is ready to sustain it. A truly pro-life theology means working for health care, employment, and other factors so that no one ever feels he or she cannot be a parent because the conditions aren’t suitable and that we never force life into a situation that lacks one of the most fundamental ingredients of healthy ground — parents who are ready to love and welcome the child.

So if love isn’t in the parents heart, killing is ok? But doesn’t Jesus call us to love? So let’s get this straight, if two parents aren’t listening to Jesus and refusing to love then they should listen to Jesus by killing their child.

Getting back to the parable though—in Jesus’ parable the farmer casts seeds about liberally. Many of these seeds, however, fail to produce as some are eaten by birds, some sprout but later wither, and some are choked by weeds. Some however yield grain.

At the end of the story, Jesus says “they who have ears, let them hear.” Well, I can’t help but think Rev. Westfox misheard. The parable is about the seeds of God’s words falling but not being accepted or allowed to grow into a real faith. Westfox would gather up the seeds for his own purposes and use them to defend the indefensible. It’s one thing to ignore Jesus’ words, it’s entirely another to use them, to twist them to our own needs and philosophies. To use Jesus’ words to justify the killing of the unborn is a horror. There’s no other way I can put it.

Archishop Fisichella said there were 294 entries from 48 countries entered in the logo competition. Participants ranged in age from six to 83 years old.

Each edition of the street paper will be organized around a theme, and include editorials by people living on the streets, joint articles by both famous writers and marginalized people, reports on Pope Francis, and a section with artistic contributions by the poor, including drawings, stories, songs, and poems.