Who Portrayed the Best / Worst Jesus?

For the last several years it has been my custom to watch “Passion of the Christ” on Good Friday. It is a masterpiece in my opinion, an opinion that when it comes to cinema is worth less than Steven Greydanus but probably more than Roger Ebert. I love the film and, in particular, I love Jim Caviezel as Jesus. 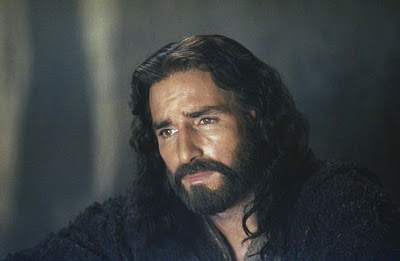 At first I thought that Caviezel is definitely my favorite Jesus, and he may well be. But to be fair, I thought we should take a look at some of the other Jesuses. 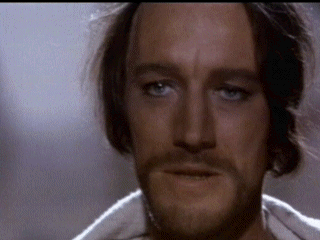 Max portrayed Jesus in The Greatest Story Ever Told (1965). That’s the movie in which Charlton Heston played John the Baptist.  I am sorry, but Max’s Jesus is a little creepy. And creepy is not what you want in a Jesus. I wouldn’t leave my kids alone with Max’s Jesus. And what is with that beard? I know it was 1965 and all, but Max’s Jesus is just a little too beatnik for me. And I think it states in the catechism that Jesus shouldn’t have Dorothy Hamill hair. However, Max made up for it just 8 years later when he played Fr. Merrin in the Exorcist.

Claude Heater
“Back of head Jesus” 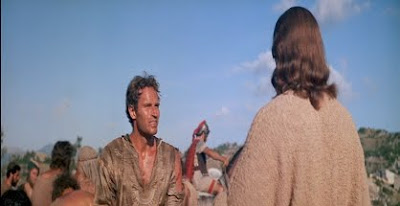 Speaking of Charlton Heston, Claude Heater played Jesus in Ben Hur. Not that anyone would know that because all we ever saw of Claude’s Jesus was the back of his head. That said, he had nice Jesus hair. 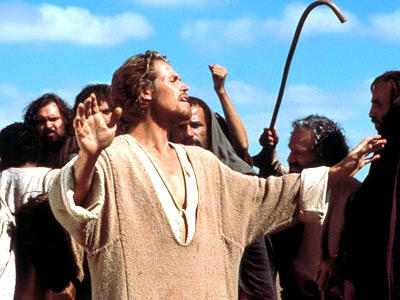 Willem Dafoe infamously portrayed Jesus in Scorcese’s Last Temptation Of Christ.  Dafoe played Jesus like he was ignoring a restraining order. It would be a shame to go to hell for playing Jesus. That said, it would be hard to know if it was for that or 2009’s Antichrist.

Now Some People Who Should Never Have Played Jesus 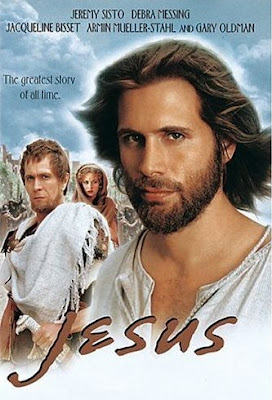 I have nothing against Jeremy other than that hair. Jesus should not have fan blown hair. I’m just sayin’. 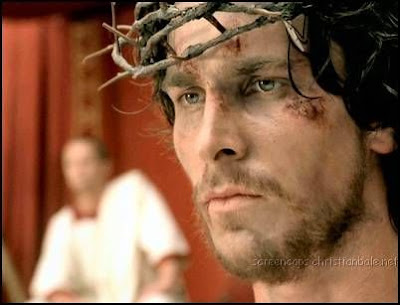 This Guy!
Should Never Have Played Jesus 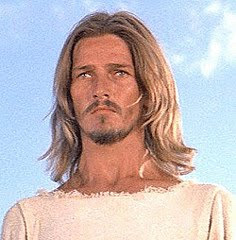 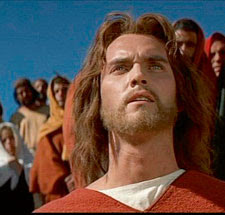 Jeffrey Hunter played a really good looking Jesus in King Of Kings.  Too good looking I think. This was obviously filmed before he ended up in a wheelchair with lots of blinking lights because of those really big-brained aliens. You would have thought that Jesus could have done something about those aliens, if for no other reason to prevent Shatner from getting the job. 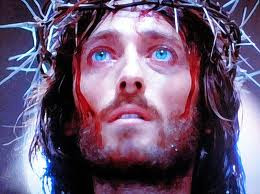 When I think of Jesus, Robert Powell from Jesus of Nazareth is the face that comes to mind.  I mean, when Robert Powell dies, people in heaven are gonna get really confused.

Who do you like/dislike and why?

Update:  Steven Greydanus reviews the Jesuses that I did not mention.  See “The Jesuses Pat Forgot”