The Man Who Saved Two Popes

Archbishop Paul Casimir Marcinkus may have saved the lives of two popes. So why isn't he famous? It's because he's infamous. That's why.

Archbishop Paul Casimir Marcinkus led an...interesting life. The fact that he likely saved the lives to two popes and is not heralded as a one of the greatest Vatican heroes worthy of statues, movie trilogies, and fan fiction should tell you that his legacy remains a bit complicated. When the shady stuff you're up to absolutely negates saving the pope’s life not once but twice, you're probably neck-deep in some serious shenanigans. This guy’s life has more conspiracies than a documentary by this guy: 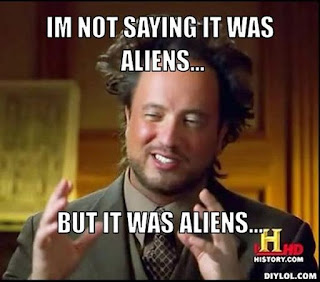 So, I was reading Taylor Marshall's book Infiltration and he mentioned Archbishop Marcinkus’... history. I was intrigued to say the least. It sounded like a Jack Ryan novel but mixed with the Godfather movies.

Paul Casimir Marcinkus was born in America on Jan. 15, 1922, to Lithuanian immigrants. He was taught by the Sisters of St. Casimir at St. Anthony School in Cicero. Later he studied at Quigley Preparatory Seminary. The young man grew tall and strong. He was 6’4” with a thick build. He was ordained in 1947 and served at a parish in Chicago before heading out to Rome just three years later in 1950 to study at the Pontifical Gregorian University.

Fluent in several languages, he was assigned to the Vatican Secretariat of State where he befriended Giovanni Battista Montini, who would later become Pope Paul VI. Marcinkus was often at the pope's side as a trusted advisor and gatekeeper. And he was good at his job. In fact, one time he reportedly refused to allow American Secret Service agents to be present when Paul VI met with President Richard Nixon, bluntly saying “I'll give you 60 seconds to get out of here or you can explain to the president why the pope could not see him.” I bet he counted real fast too. It's easy to understand why he was nicknamed “The Gorilla.”

And when I say he was always by the pope’s side, I mean always. 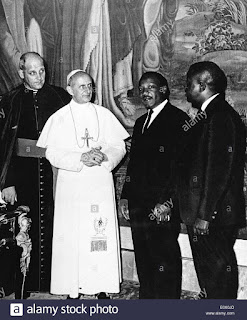 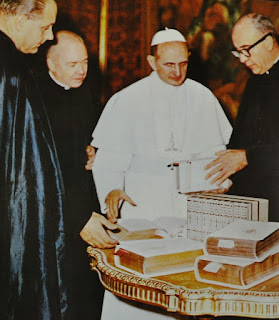 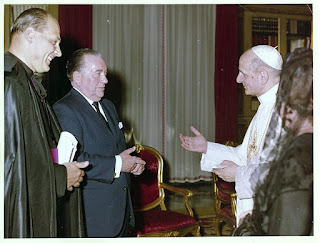 Anyway, on Nov. 27, 1970, Pope Paul VI arrived in Manila, Philippines to a thrilled crowd. Well, pretty much everyone was thrilled to see him except the guy who was there to murder him. Pope Paul VI waded into the crowd when a Bolivian artist dressed as a priest yelled out “Death to superstition” and lunged towards the pontiff with a knife. Reportedly, he got close enough to actually wound the pope in his chest but fortunately, then Archbishop Marcinkus, along with others, launched himself at the would be assassin, tackling him to the ground and saving the pontiff’s life.

In thanks, Paul VI gifted Marcinkus with a chalice that is still used on special occasions at Mundelein Seminary. 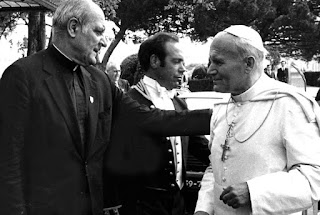 So you might think that Marcinkus would be lionized as a hero, wouldn’t you? You’d think they'd be fitting this guy for a cape and asking him to stand still so sculptors could make statues of him to make normal men feel small and weak, right? Wrong.

Have you heard of a little scandal involving the Vatican Bank? Yeah, that one. In fact, he was linked to two international banking scandals with mafia ties, grisly murders, mysterious suicides and masonic conspiracies. Hey, this guy didn’t do anything halfway. He oversaw a tumultuous time in the Vatican after the collapse of the Banco Ambrosiano in 1982 and successfully resisted extradition for an indictment as an “accessory to fraudulent bankruptcy.”

Officially, from 1971 to 1989, Marcinkus headed the Institute for Religious Works which reportedly managed the Holy See's financial investments. At the time of the scandal, the institute owned about 1.5% of Banco Ambrosiano, Italy’s largest investment house at the time. Its chairman, Roberto Calvi, was friendly with Marcinkus. Even though it only owned a little over one percent, the Vatican somehow lost more than $1 billion when the Bank ran into trouble. And it turned out that the missing money turned out to have been loaned to ten offshore companies controlled by... guess who. Yup. Marcinkus.

The church later paid about $250 million to creditors as “goodwill,” and was forced to admit “recognition of moral involvement” in the scandal. When Marcinkus was asked about the debacle in 1986, he reportedly said, “You can't run the Church on Hail Marys.”

But still, Marcinkus remained free, claiming immunity even as the world was ablaze around him. Ambrosiano’s chairman, Roberto Calvi was found hanging under London's Blackfriars Bridge in June 1982. Many believe the Masons were involved in that death. Calvi's mentor Michelle Sindona died in prison in 1986, poisoned by coffee laced with cyanide. A journalist, Mino Pecorelli, who had been investigating Marcinkus’ ties to organized crime was murdered. But as all this death, mayhem and horrors occurred around him, Marcinkus retired to Arizona in 1989 where he played a great deal of golf which he was probably awesome at.

He died in 2006 and his funeral Mass was held at Holy Name Cathedral. His passing was not widely discussed in the media. His life was not celebrated. The man who may have saved the lives of two popes is widely forgotten due to a murky legacy of intrigue, conspiracies and scandals.

Communications from Tonga were cut off after the eruption. Reuters has reported at least three known deaths from the tsunami waves.

The “Cancelled” campaign ”seeks to combat political correctness, the cancel culture and the repression of freedoms.”

The group says at least 3,000 service members have submitted requests.

“Give strong drink to him who is perishing.” (Proverbs 31:6)

False ecumenism is not merely modern but modernist, which is to say that it is heretical

Was Jesus Unclear in John Chapter 6?

Jesus is clear that he is referring to eating, not merely believing in him

How to Navigate the Vaccination Mandate Debate

Archbishop Cordileone: ‘The Solution to Building a Culture of Life is Being True Christians’