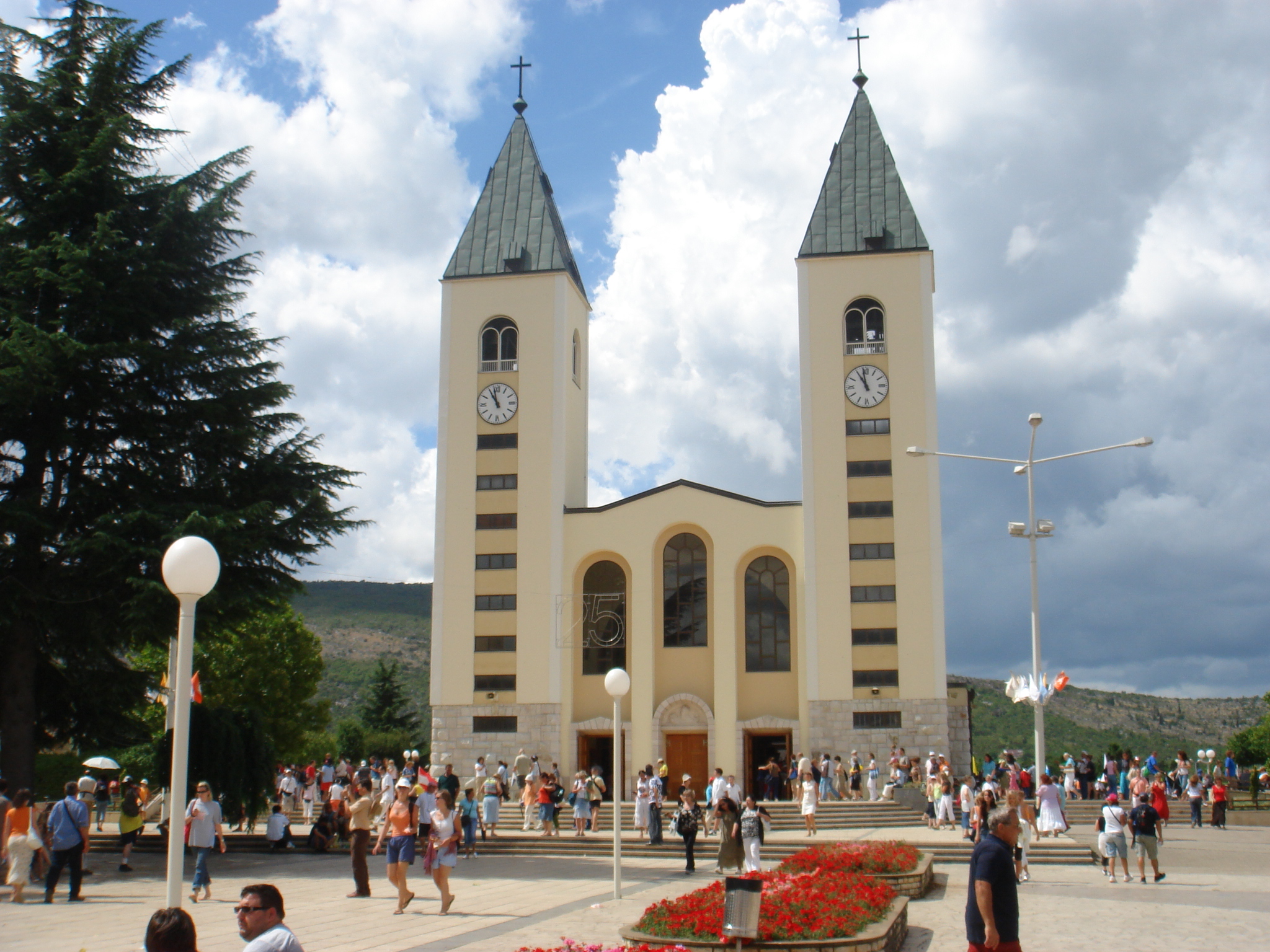 There are new reports that the Holy See is preparing a commission to investigate the reported Marian phenomena at Medjugorje.

There have been such reports before. Three years ago, for example, it was reported that . . .

Cardinal Vinko Puljic of Sarajevo, Bosnia-Herzegovina, announced a commission would be formed to review the alleged Marian apparitions at Medjugorje and pastoral provisions for the thousands of pilgrims who visit the town each year.

“The commission members have not been named yet,” Cardinal Puljic told Catholic News Service in a July 24 telephone interview. “I am awaiting suggestions from the Congregation for the Doctrine of the Faith” on theologians to appoint.

“But this commission will be under the (Bosnian) bishops’ conference” as is the usual practice with alleged apparitions, he said.

The cardinal said he did not expect the commission to be established until sometime in September because of the summer holidays.

Such an announcement would seem to have a high degree of reliability, but as far as I know, nothing came of it. (I could be wrong on this point and would love to find out the details if so.)

Assuming the plan was to do something back then, what might have held it up?

Well, last year there were reports that the CDF was preparing a new document for the evaluation of apparitions. But the sourcing was very thin. On the other hand, Medjugorje is such a massive phenomenon that before re-examining it the Holy See might want to re-look at the criteria for judging apparitions, which (so far as we know) were last dealt with in a 1978 document.

So if they got the document done then it might explain why, last October, Cardinal Puljic told Reuters that they were awaiting some kind of action from the Holy See on Medjugorge:

We are now awaiting a new directive on this issue,” said Puljic, the Sarajevo archbishop who survived the city’s long wartime siege in the 1990s. “I don’t think we must wait for a long time, I think it will be this year, but that is not clear… I am going to Rome in November and we must discuss this.”

Then, when he did go to Rome the next month, he apparently denied the existence of a new document or that the would be a commission created by the Holy See to investigate Medjugorje. Also

Nevertheless, he reiterated, “for the moment, everything is under the jurisdiction of the local bishops.”

“Still, at any given moment, the Congregation for the Doctrine of the Faith could establish an International Commission in order to study the case of Medjugorje,” the cardinal remarked.

So we fast forward two months to January 2010 and Cardinal Schonborn, after his controversial visit to Medjugorje (for which he apologized to the local bishop for not following protocol), is talking as if there is a commission:

KATH.NET: In the past few days, you visited Pope Benedict XVI. Did you tell him about your positive experiences of Medjugorje? Did he express any opinion about it?

Cardinal Schönborn: It’s not customary to talk about audiences. But I can naturally say this much: that Medjugorje was a topic in Rome during those days, due to the public awareness of my pilgrimage. I reported about my impressions in Rome. And I am very confident that the Commission, which the Holy Father is setting up to examine the events of Medjugorje, is very good and will work very conscious of its responsibility, and that the result will certainly be good. And I am confident that it will proceed with great prudence and great sensitivity to a phenomenon that has attracted about 30 million pilgrims and brings very many good fruits, but certainly also some open questions.

Jump ahead another two months, to now, and the Italian paper Panorama is reporting:

Benedict XVI wants a clear understanding about the apparitions of the Madonna of Medjugorje. That’s why he has decided to form a commission of inquiry, led by Cardinal Camillo Ruini, associated with the Congregation for the Doctrine of the Faith.

And then it’s reported that Bishop Ratko Peric of the diocese of Mostar, where Medjugorje is located, has been called to Rome, possibly about Medjugorje.

Maybe more about this commission will be known in the coming days because Dr. Ratko Peri?, the bishop of the Diocese of Mostar-Duvno and apostolic administrator of Trebinsko-Mrkan has been invited to Rome.

We’ve seen this kind of reporting before, and thus far it hasn’t materialized . . . but maybe it will.

If so, should we expect—as Cardinal Schonborn seems to—that the results of such a commission would be positive toward the reported phenomena?

Rather than pre-judging the matter based on what one’s own personal opinion of the phenomena is, I think people on both sides of the issue should be prepared for a judgment—if one comes—that is contrary to their opinion.

According to analysts, the continuing push to remove this phrasing from the Catechism of the Catholic Church is rooted in a broader campaign to legitimize homosexual acts.

The Missionaries of the Divine Word, which is based in Chicago, say they are in the process of compiling a list, while the Passionists told the Sun-Times they are “considering” publishing a list.

Although Bishop Maniago himself is in the shortlist to become the new prefect, many clues are pointing at Bishop Vittorio Francesco Viola of Tortona.

Bishop Urges Prayer, Fasting in Response to Blessings of Same-Sex Couples in Germany

Bishop Munilla stressed that “there is an understandable concern in the People of God,” noting that as the synod in Germany plays out, there has been “a palpable lack of unity regarding the faith of the Catholic Church.”

God Became Man and Dwells Among Us — This Changes Everything

Saying yes to the incarnate God ought to be the easiest thing in the world to do.

Solzhenitsyn fought the dragon and won. He is proof that the truth is not only stranger than fiction, it has a happier ending

A Recipe for Chicken Piccata, from Philadelphia’s Sister Christine Iacobacci

“I have been blessed with energy,” says Sister Christine, “and God has been so good to me.”

Medical, legal, and policy experts weigh in on top stories, and Montse Alvarado speaks on the record with Archbishop Chaput about living the faith.

Andrea Bocelli Talks About His Catholic Faith: Don't Believe in the Clock Without the Clockmaker

Society of Catholic Scientists Prepares for Conference on Non-Human Intelligence

On Easter Night, the Upper Room Became a Classroom

In Memoriam: George Weigel Pens Elegies for Myriad of Lives