"I Will Go for Her." The Amazing Story of A Polish Martyr

Blessed Marianna Biernacka is described in many reports as leading a "simple" life. But it's my experience that there are really no simple lives. Marianna knew heartbreak. She knew fear. She knew backbreaking work. She knew loss. And she knew God's love.

Marianna was born in 1888. At the age of twenty she married a local man, Louis Biernacki. Together, they had six children, four of whom died shortly after birth. The only source of survival for the family was their family farm.

After the death of Louis in 1929, Marianna lived with her son Stanislaw. Stanislav eventually married a young woman, Anna Szymczyk, and they all lived together. Prayer and song were a large part of their lives. Soon after the couple were married, the two had a daughter.

Bishop Jerzy Mazur, bishop of Elk, said on the occasion of the 70th anniversary of the death of Bl. Marianna Biernacka that "Staring at her ordinary life, we see that it was imbued with faith, love, prayer, work and suffering. Each day began with prayer and common singing Hours. Everyday life was filled with a difficult job in summer in a field, and in winter, spun flax and hemp and weaving on a loom. Recitation of the Rosary prayer and devotional singing songs allowed the dignity to endure the pain of bereavement, hard work and daily poverty."

In 1939, the Nazis invaded Poland. To understand, the Nazi occupation of Poland is to label it as one of the worst and most brutal genocides in the history of the world. Adolf Hitler himself is reported to have authorized his commanders to kill “without pity or mercy, all men, women, and children of Polish decent or language." When a German soldier was killed by any resistance, the Gestapo made it a practice to round up a large number of Polish civilians randomly and kill them in retaliation. It was just such an incident that brought the Nazis to the door of Marianna Biernacka.

In July of 1943, the Nazis arrested many people in and around the city of Lipsk as retribution for a German killed by the resistance. Randomly, Stanislaw Biernacka, along with his pregnant wife Anna, were selected to be killed. Nobody believed they had anything to do with the resistance but they were to be killed for events outside of their control. When the armed soldiers came to arrest them, Stanislaw’s mother, Marianna, reportedly dropped to her knees and begged the Nazis to take her instead of Anna.

"She is already in the last weeks of her pregnancy," she pleaded. "I will go for her." Her daughter-in-law begged her not to make this sacrifice but Marianna insisted, reportedly saying “You are young, you must live.” As the Nazis didn't particularly care who they killed as they were simply filling a quota so they took Marianna and her son instead of the pregnant Anna.

The Nazis took Marianna and her son to the prison in Grodno. While in the prison, she only requested a pillow and a rosary. After two weeks in prison in which she spent much of her time praying, Marianna was shot and killed on July 13, 1943 in Naumowicze along with her son. Their bodies were thrown into a common grave.

Around that time, Anna gave birth to a son. She named his Stanislaw.

On 13 June 1999, Marianna was beatified and recognized as a martyr, along with 107 other victims, by Pope John Paul II. The liturgical feast day of the 108 Martyrs of World War II is June 12. 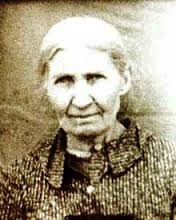 Sadly, the child, Stanislaw, only lived for about a year, according to reports. Anna's daughter, Eugenia, still lives in the family home, according to some Polish websites. She said that her mother, Anna, would often say that she had been given life twice. Once by her own mother and then from her mother-in-law.

Below is a video I believe features Anna herself. I, of course, do not know Polish. But another website had a picture of Anna and it was the same woman so I believe I'm right. It's in Polish and throughout much of the video she is singing a song. It's quite beautiful. If any of you know Polish I'd be grateful for information about what's she's saying and singing or if it is in fact Anna.

The looting of the monastery and killing of the monks out of hatred for the faith was recorded in the General Chronicle of Alfonso X the Wise, the first large-format history of Spain written directly in Castilian Spanish at the end of the 13th century.