If the implementation of Common Core in the schools of the Archdiocese of Milwaukee is not enough to make you think twice about sending your kids to Catholic school there, Archbishop Listecki's response letter to concerned parents might be.

A growing number of Catholic educators and parents have been expressing concerns about the implementation of Common Core in Catholic schools, with some dioceses rejecting its use. This mirrors a generalized concern about common core throughout the country, but with added emphasis and concern about Catholic identity.  Catholics in Milwaukee started a petition and sent a letter with their concerns to the Archbishop as well as bringing their concerns to the attention of the press, something that clearly bothered the Archbishop. 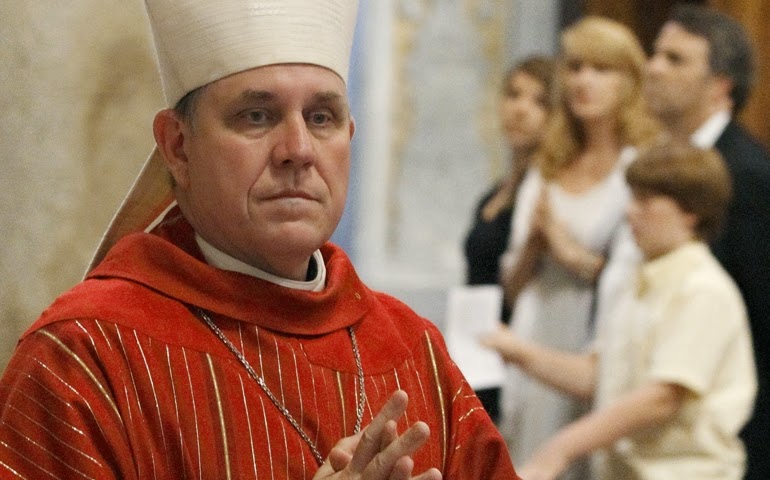 Whatever one's opinion on Common Core might be, Archbishop Listecki's response letter to concerned parents is equally distressing in its dismissal of such concerns as it is in its implication that the Archbishop and "experts" know better than parents about what is good for their children's education.

In the response letter, (found here) Archbishop Listeki first takes considerable umbrage that parents would even raise concerns as that means they do not trust the Archbishop. Archbishop Listecki responded, "Catholic schools operate in the Archdiocese of Milwaukee under my direction. Period. To think that I would allow anything to jeopardize the Catholic identity or academic excellence of our schools is insulting, at best."

Archbishop Listecki then asserted that the parent’s concerns were unfounded in that "Common Core standards are just one of many ways we measure the success of our students. These standards are neither "adopted" nor "adapted." In addition, the standards do not have any impact on curriculum or content whatsoever. "

Yet, Archbishop Listecki's assertion seems to be in direct contradiction to the information posted on the website of the Archdiocesan Schools which says "The Archdiocese of Milwaukee is in the process of aligning our existing curriculum with the learning goals outlined in the Common Core State Standards. The new curriculum for Mathematics will be implemented in fall, 2013 and English Language Arts will be implemented in fall, 2014. "

Then the Archbishop questions the parent's right to even have an opinion different from that of the Archbishop because they are not "experts," calling it ridiculous. Archb Listecki says, "And, parents already are welcome to review any and all aspects of our schools curriculum, but to think that parents are more qualified than our academic experts to select said curriculum is ridiculous."

Archbishop Listecki's dismissal of the expertise of concerned parents seems to contradict the Catechism of the Catholic Church (2223) which says “Parents have the first responsibility for the education of their children.”

In his 1994 Letter to Families, St. John Paul II wrote, “Parents are the first and most important educators of their own children, and they also possess a fundamental competence in this area: they are educators because they are parents. They share their educational mission with other individuals or institutions, such as the Church and the State. But the mission of education must always be carried out in accordance with a proper application of the principle of subsidiarity. This implies the legitimacy and indeed the need of giving assistance to the parents, but finds its intrinsic and absolute limit in their prevailing right and their actual capabilities."

All this is acknowledged in the USCCB's recent statement on Common Core.

Many people often flee from public schools into Catholic schools to avoid one size fits all education standards and draconian experts who think they know better than parents. In Milwaukee, it seems, Catholics have no such refuge.

View Comments
Comments
Join the Discussion
Join the Discussion
We encourage a lively and honest discussion of our content. We ask that charity guide your words. By submitting this form, you are agreeing to our discussion guidelines. Comments are published at our discretion. We won't publish comments that lack charity, are off topic, or are more than 400 words. Thank you for keeping this forum thoughtful and respectful.
The time period for commenting on this article has expired.
Comments are no longer being accepted on this article.
Pat Archbold

Patrick Archbold is co-founder of Creative Minority Report, a Catholic website that puts a refreshing spin on the intersection of religion, culture, and politics. When not writing, Patrick is director of information technology at a large international logistics company in New York.