Print
Blogs |  Nov. 30, 2016
The Worst Nativity Sets. Ever.
Stop it. My eyes are bleeding.
Matthew Archbold

It can be argued that we've messed up Christmas pretty bad. As evidence I present this list of the Worst nativity scenes. Ever.

First, I give you the hipster nativity. You've got the wise men on Segways (wearing sunglasses to boot), Joseph snapping a selfie, and Mary rocking a Starbucks cup. I just realized that two of the wise men are wearing skinny jeans. And the other one's in jorts. I'm surprised Joseph isn't rocking a man bun. Because let's remember, Christmas is first and foremost be about celebrating ourselves. 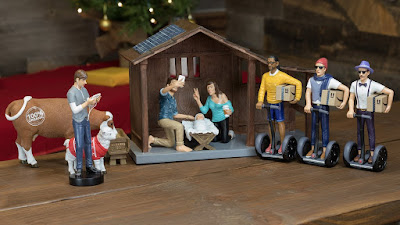 Snowglobe Jesus. Jesus looks like he's in a NICU incubator. There's something kind of awful about the baby Jesus being separated from Mary and Joseph. Or maybe He's like that terrible John Travolta TV movie "The Boy in the Plastic Bubble." And I don't ever want to talk about Jesus and Travolta in the same sentence again. That'd be like so weird or something. 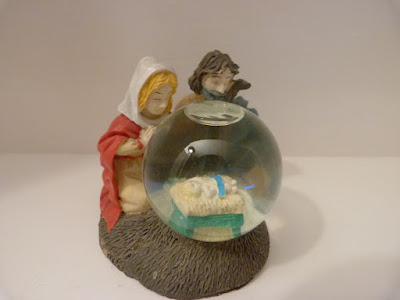 A comb over for Joseph? Really? I know the Bible doesn't actually say a lot about Joseph but I think it would've mentioned a comb over, right? A comb over is a character flaw made visible. 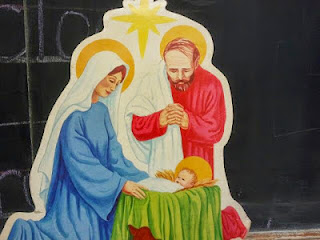 This would be the perfect nativity scene for the ACLU: 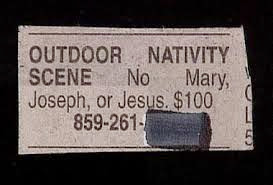 I'm all for minimalism but...this is ridiculous. I guess it's for those who want to read into it whatever they wish to see. Kinda' like how many people read the Bible. 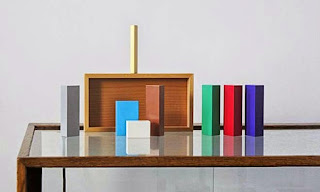 A fashionista Christmas. Perfect for the Son of Mann...equin. 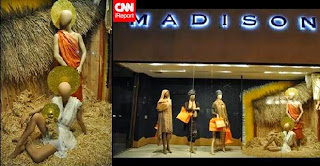 Gold, Frankincense, and a Coke. Because every miraculous birth needs some product placement. I guess Charlie Brown was right, Christman has become too commercial. 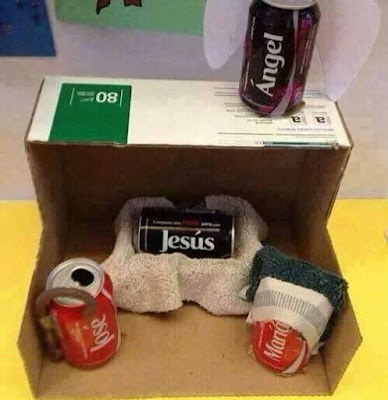