That's how Planned Parenthood's Action Fund reacted to the news that Ted Cruz was reportedly set to name Carly Fiorina as his vice presidential choice should he win the nomination. You know, for an organization that says that abortion is just a teensy weensy part of what they do, they seem to talk about it an awful lot. A few minutes later, Planned Parenthood then retweeted this: 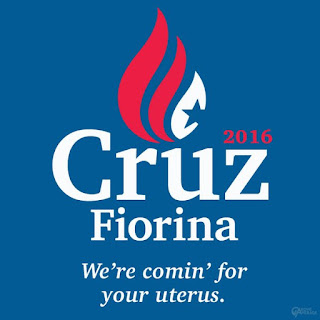 Marjorie Dannenfelser of the group the Susan B. Anthony List said of Fiorina that she is "ideally suited to challenge Hillary Clinton’s entire platform, especially issues related to women."

I think that might be exactly why Planned Parenthood is reacting so crazily. Whaddya' think?